Twitter’s top lawyer, Vijaya Gadde, reportedly broke down in tears during a virtual meeting with the company’s policy and legal teams to discuss the ramifications of Elon Musk’s purchase of the social media platform. 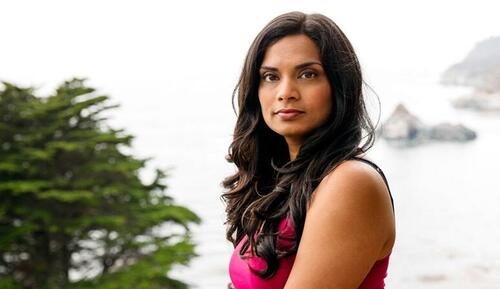 According to Politico, “Gadde cried during the meeting as she expressed concerns about how the company could change,” and “acknowledged that there are significant uncertainties about what the company will look like under Musk’s leadership.”

Having been with Twitter since 2011, Gadde was the key executive in charge of ‘trust and safety, legal and public policy functions‘ – described by Politico as the company’s “moral authority.”

Gadde holds one of the most controversial positions at Twitter: Her teams decide how to moderate content. That’s made her a target of right-wing criticism, particularly when Twitter blocked the distribution of a New York Post article about President Joe Biden’s son, Hunter Biden, in 2020. She faced a renewed wave of criticism after multiple reports confirmed she was behind the decision to ban Trump from Twitter. -Politico

In other words, Gadde is likely the exec who signed off on ZeroHedge’s February 2020 ban for speculating that Covid-19 may have emerged from a Wuhan Lab, and President Trump’s January 2021 ban in connection with the capitol riot.

She has shepherded Twitter through some of its most contentious political battles, including the decisions to remove all political advertising and to boot former President Donald Trump from the platform in the wake of the Jan. 6 attack on Capitol Hill — a position that has earned her devoted fans within Twitter, as well as a large contingent of right-wing critics.

But as news of Musk’s official takeover broke, policy and legal employees fretted at the meeting about what his leadership could mean for Twitter’s carefully crafted online speech rules, including its policies against hate speech, misinformation and even political advertising. -Politico

She played a ‘leading role’ in the negotiation between Twitter and Musk, according to the report.

“I think everyone at Twitter, regardless of how they feel about the news, is feeling reflective and emotional,” said a Twitter employee. “We’ve gone through a lot in the past two years and I think it’s generally instigated a lot of reflection. I think this was more of an acknowledgment of the uncertainty everyone is feeling right now.”

As a reminder, Gadde is crying because her new boss is a ‘free speech absolutist,’ while she wants to silence divergent opinions from her own.

she seemed so tough then:https://t.co/3HXyJkeGnY

“I’m often inspired by the vigorous debates on controversial issues that occur on Twitter, but I’ve also been seriously troubled by the plight of some of our users who are completely overwhelmed by those who are trying to silence healthy discourse in the name of free expression,” Gadde wrote in 2015. “At times, this takes the form of hateful speech in tweets directed at women or minority groups; at others, it takes the form of threats aimed to intimidate those who take a stand on issues.”

What a crying shame.